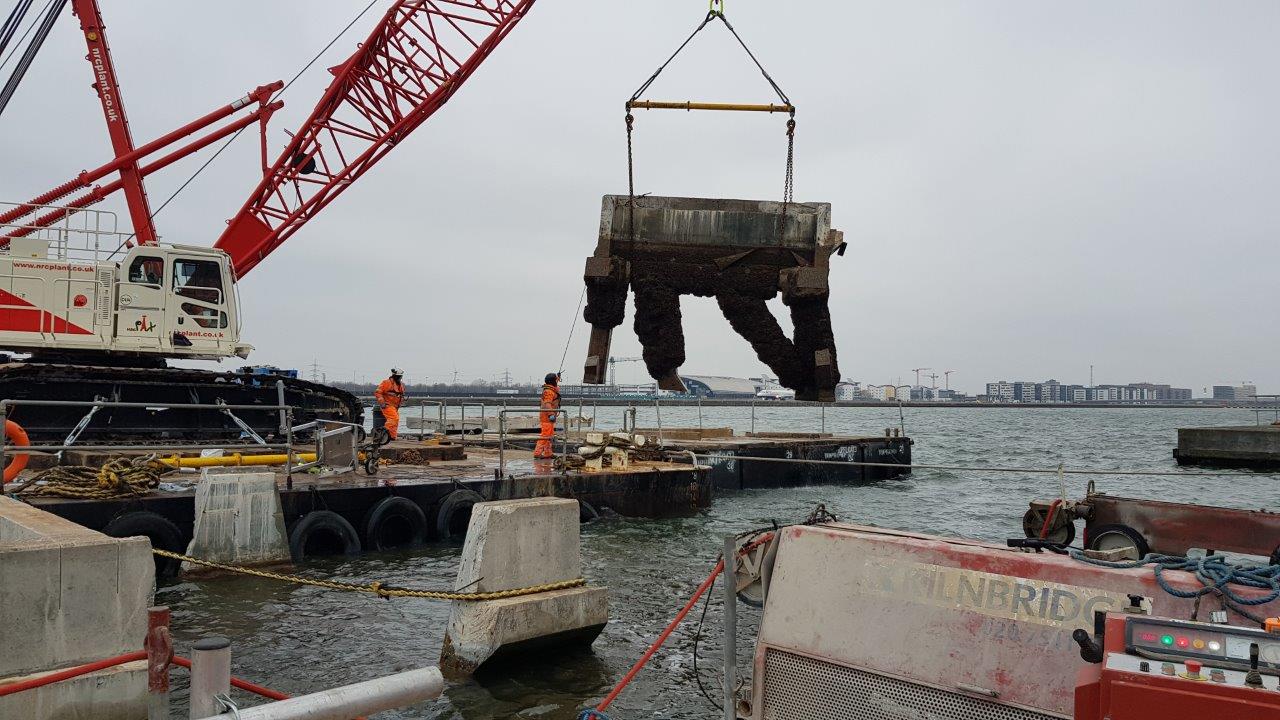 Kilnbridge were responsible for partially demolishing the 156-metre long and 7-metre wide ‘Dolphin 7’ jetty to reduce it from 1 metre above the water line to 4 metres below.

This required underwater wire sawing with the assistance of a diving team, who worked in conditions where the visibility underwater was often as short as one metre.

Help was also provided by Kilnbridge's Fabrication unit who manufactured a bespoke frame used to fix the pulley system to the jetty legs at the cut off level. The frame needed to be both light enough so the divers could easily install it but strong enough to withstand the force wire pulling through the frame.

Altogether 780 linear metres of floor sawing was required to remove the top slab of the jetty, which was cut into sections and lifted out. 150 of the jetty legs measuring 40cm by 40cm each were then wire sawn at 4 metres below the water level.

Well done to those involved in the project, who completed it on time and without incident on 15 February.

You can learn more about our Concrete Cutting services here.

You can learn more about our Fabrication services here. 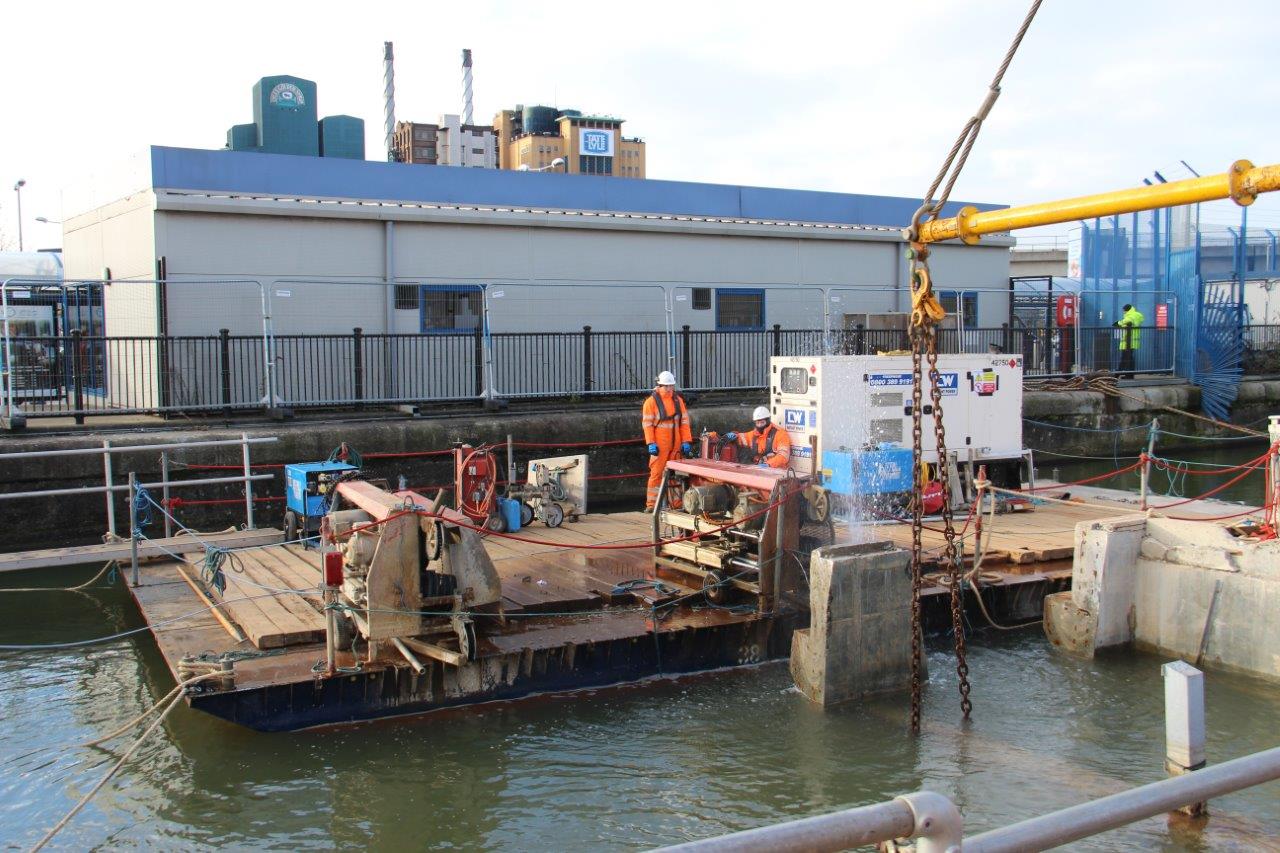