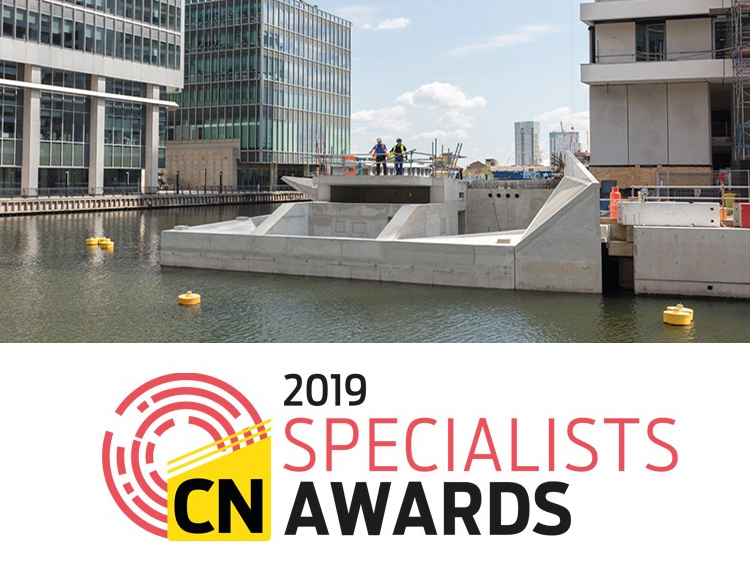 Kilnbridge were crowned winners at the 2019 Construction News Specialist Awards yesterday evening for our work at Water Street Bridge!

The project based in Wood Wharf which entailed the construction of the Water Street Causeway and bridge abutments won Project of the Year by a Specialist Contractor (Subcontract from £3m to £5m).

Judges commended the project, describing it as "a smashing scheme showing innovation in many aspects and excellent management of large risks on a project that involved working in a marine environment."

"They took innovation and ideas from other industries and got solutions from them. The project also had a great health and safety performance." they added.

This is the second major award the Water Street Bridge project has won after collecting the Temporary Works Initiative of the Year (Civil Engineering) award at last year's British Construction Industry Awards.

Kilnbridge collected the award at a ceremony at Grosvenor House Hotel in London attended by representatives of the company and project including Managing Director Dermot McDermott, Group Operations Director John Devin and Finance Director Tim Larkin (pictured below).

Congratulations to everybody involved on the project and the other winners on the night!

You can learn more about Water Street Bridge here.