A larger and more accessible Blackfriars Station was commissioned to accommodate more than 40,000 passengers per day.

Kilnbridge was appointed by Balfour Beatty to construct the reinforced concrete structures to the new South Station and associated complex structural strengthening works to the existing bridge, abutments and arches.

Kilnbridge completed the construction of a reinforced concrete box structure for the new South Station over three levels: basement, mezzanine and track-level slab. The works were carried out in three phases to allow the Thameslink to be fully operational during the construction works.

The entrance to the new South Station was constructed on an existing underground car park with restricted load capacity; Kilnbridge, together with Balfour Beatty and the structural engineers, developed a floating, lightweight slab to overcome these restrictions.

Back to all projects

Read more about Construction and Civil Engineering in Our Services 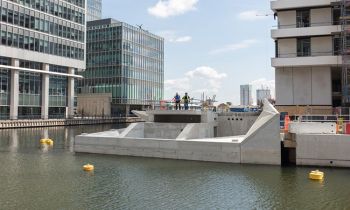 Water Street Bridge
The project entailed the construction of the Water Street Causeway and both bridge abutments to enable the installation of a single leaf bascule bridge connecting Montgomery Street and Wood Wharf.
read more 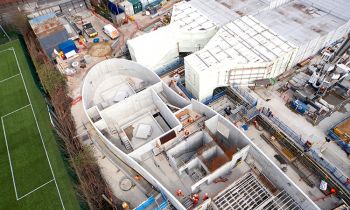 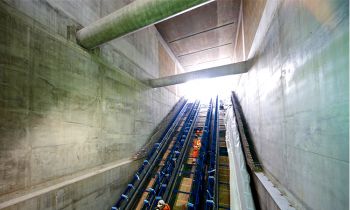 Crossrail C530 Woolwich East and West Boxes and Portals
This project comprised the construction of two boxes; an East box designed to act as a service portal and a West box which will be the new Woolwich Crossrail Station
read more 20 Fenchurch Street – “The Walkie Talkie”
Kilnbridge were appointed by Canary Wharf Contractors to undertake the complete builders work package on this landmark 37 storey building in the heart of London.
read more 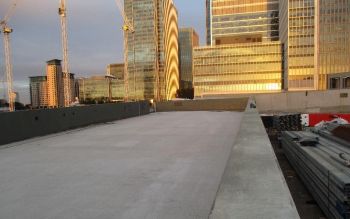